A Day 750 Trees Were Planted

The last ride of Bamboo

The last ride of Bamboo 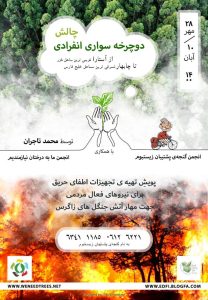 Since Mohammad started his journey, he was using a secondhand Centurion bike. He called his bike Bamboo, as he was very interested on the way Bamboo lives. Very strong, very flexible and very usable.
That bike served him over 65 000 KM through 48 countries and the time was over for the bike. It was time to be retired.
The same time Mohammad was in Iran to learn about how the Association project can be applied in a country and was watching what was happening in Iran Zagros mountains.
There is a stretch o

f mountains from north-west to South-west of Iran which mostly are covered with Oak trees. Because of lack of water and humidity, those trees grow so slow and in average they grow only few centimeters per year, they are mature when they are at least 50 years old.
Every year, there are some bushfires and kills so many trees and because of lack of infrastructures local people must fight with fire with empty hands.
Just in 3 years 14 of them had been trapped in fire and were killed, plus some who had been injured very bad.
Mohammad decided to have a ceremony for Bamboo’s retirement and since that bike has been serving, WE NEED TREES journey, would be great if the bike was involved in a green activity related to trees.
So, the idea came up to have Bamboo’s last ride for trees. So the project was called “ The Last Ride Of Bamboo”
Mohammad decided to ride from the most west part of Caspian see to the most east of Persian gulf which is 2400 km with nearly 14 000 m of climb in 12 days in raw to raise money to support local community in Zagros mountains with some equipment.
The idea was shared with another NGO called “ Ganjeh poshtiban Zistboom” who are very active in fund raising for any issues related to the nature.
It took Mohammad 17 weeks, 6 days a week going through very hard training to get ready for the challenge.
Timing for the challenge was mid-October, when the weather still is fine in the north and not very hot in the south.
The ride started on October 17 from Astara in a cold raining day.
# Of my friends, Mahmood, Ahmad and Mehdi was supporting this challenge with two cars. At a time, one car could rest while the other one was driving slowly behind in case if I need anything.

The magic point of start was the street our hotel was located. The street called “ Ambassador for hope “. Just after 5 minutes since I began to ride, the rain started and continued all day. Very cold and hard but I just had to continue to keep my team motivated and determined.

Day 2 : 201 km
Going through Alborz mountains, a long climb and of course a long downhill as well but the best part was being dry.

Day 4 : 215 km
In Kashan we were invited to stay in a hotel, but it was way before I could cover 200 km . So I passed it and I cycled 215 km, then with care we went back to the hotel and next day I went to the point I finished the day before.

Day 7 : 215 km
The days, I cycle less then 200 km, I had to cover that distance on the next day, so I did cycle more 15 km to Rafsanjan. There I decided to visit a Physiotherapist to check out my body and I had some refreshing treatment.

Day 8 : 135 km
After 135 km a pain started on my knee. Like there is a needle going through my muscles. Previously I had that experience and it took me one month to treat it and even be able to ride my bicycle again. Having such a pain was just hard and was killing me. I didn’t want to finish the ride just like that and I had to continue and finish it to the last point.
I stopped cycling and went to Kerman to visit a Dr, he told me the problem in Trigger point in my muscle and my Physiotherapist who always checks my body called his friend. I visited him and he put 14 needles in my knee. That day I couldn’t even walk because of pain but he assured me that I can ride next day. But I had to rest that day.
Day off: ….. because of pain on knee went to hospital for treatment

Day 9 : 196 km
I was quite fine and I cycled all day long with no problem, but still I had fear in my head and I was quite carefull about my knee.

Day 10 : 135 km ( rest day )
I had to stop by Sunset because we arrived to a stretch of road, where there is nothing and is not safe. There are actually armed pirates in that part and everyone was telling us to avoid going through that part when it is dark. We went to a very little village and camped that night even though I honestly didn’t have any fear.

Day 11 : 225 km
Last two days and I had to cover the distances. I was way behind my plan to finish the ride in 12 days. I could ignore the day I had to take off, but 12 days of ride had to cover the whole stretch. So I just continued cycling.

day 12 : 320 km
I had only one day left and still 320 km. It took me few hours and of course whole night before to think about it and make my mind ready to take the last step of challenge which needed to be a big step. After 11 days, my body and brain still was enough strong to make the decision. First I decided myself and when I was totally ready for it, I shared the idea with my team that I am going to do it all in one go. We decided to see the sunrise by the ocean, where the challenge would be over and we did. I arrived 4 am in Chabahar and directly we went to the Indian Ocean to watch the Sunrise and cheer our success.

After the challenge we could raise more than 6000 EUR which we could provide some local groups with air blower, gloves, backpack, fireproof shoes.

I have been cycling around the world in support of environment stewardship. I started my journey on Dec 2006 and have been visiting schools to talk and inspire kids to take care of nature. Cycling 83 000 km in over 53 countries and planting 1000s of trees with kids is just an amazing memory from my last 15 years of life. Still a long way a head of this lifetime journey. 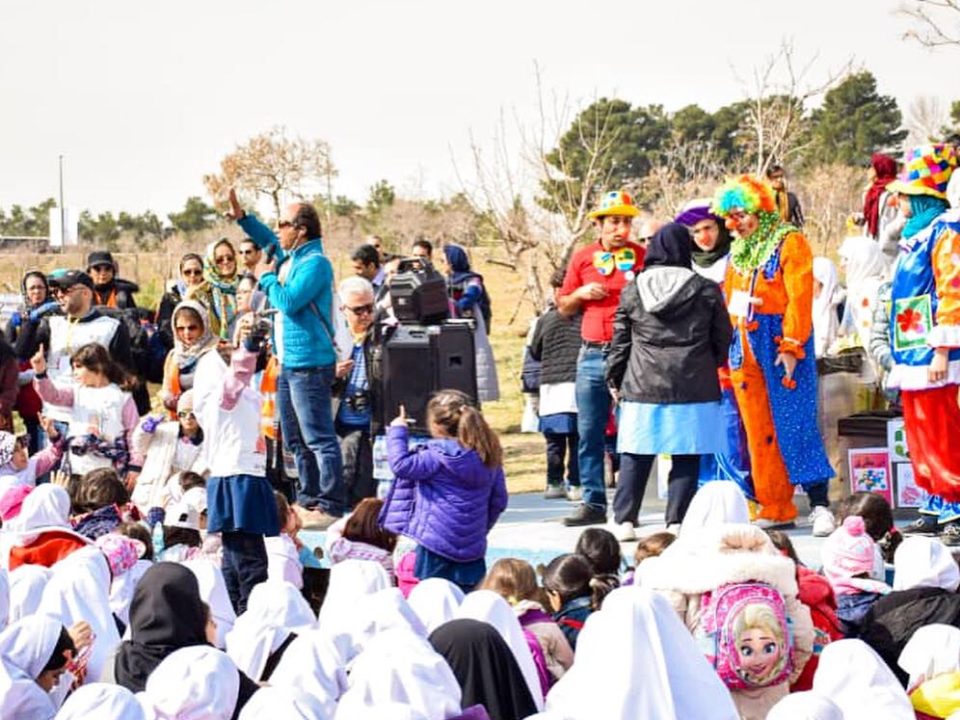 A Day 750 Trees Were Planted

We believe that encouraging the younger generation to think critically on the importance of trees, this young generation may recognize that trees are critical to our future as a species, and thus transfer that appreciation to help repair our damaged planet.

All right reserved by We Need Trees Association 2022